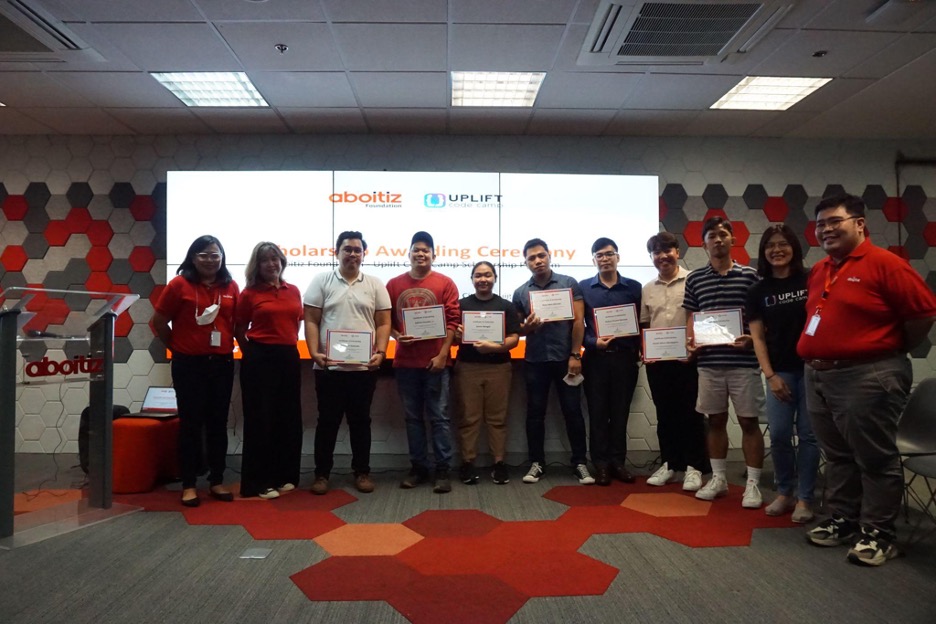 As a member of the support staff for an IT company, Edilito Garcia has always been fascinated by how technology works and how it can help make people’s lives easier.

“I was a factory worker when I first held a cellphone – it was in 2001. I was amazed how a palm-sized mobile phone can send a text message with a single push of a button. Since then, I became more interested in working in the tech industry,” said Edilito.

Due to the gaps between his skills and the requirements of the tech industries, however, Edilito was forced to sideline his dream career. Nevertheless, after over a decade of working in an IT company, his dream never left him. Armed with passion and determination, he began to self-study web development.

Edilito recognized that self-study alone would not be enough, so he took his chances and applied to the Aboitiz-Uplift Code Camp, a six-month intensive training program where scholars learn programming, IT, and full-stack web development to help them upskill and kick start their career in software development. After undergoing the selection process, Edilito became one of the camp’s ten pioneering scholars.

With its commitment to promote education as a bridge towards employment, Aboitiz Foundation partnered with Uplift Code Camp to upskill passionate individuals. The Camp helps scholars acquire the skills, knowledge, and competencies needed to take advantage of the multitude of opportunities within the tech industries.

“This partnership not only helps us achieve our goal as we dive into the era of Great Transformation, we also look forward to collectively accomplishing the Great Transformation with the rest of the business units which will allow us to explore technology driven solutions,” said Marasigan.

The Great Transformation is the Aboitiz Group’s growth strategy to become the Philippines’ first techglomerate by leveraging modern technologies and a renewed entrepreneurial mindset. Aboitiz Foundation, as the corporate social responsibility arm of the Group, draws from the continued success of the Great Transformation to promote the value of technology education to members of the community who would otherwise lack such opportunities. In setting the standard as the Philippines’ first techglomerate, the ultimate goal of the Great Transformation is to inspire others to take on both the challenges and opportunities the latest technologies create.

Uplift Code Camp CEO Ruffa Carreon explained that the program was developed to train more people to be adept with the fast paced changes in technology.

“We believe in equal and equitable opportunity and that technology can drive impactful and meaningful innovations to help people. Our mission is to bridge the technology education and talent gap and empower more individuals with critical and relevant skills to build successful careers in tech. We strive to co-build a space for learning and creative problem-solving and a community for people to build, innovate, and grow together,” Carreon said.

For the inaugural batch, the Aboitiz-Uplift Code Camp will run from November 2022 to May 2023. #